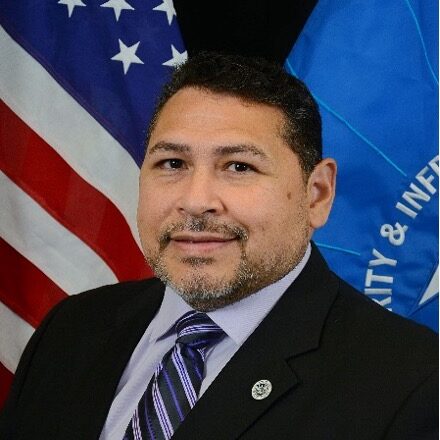 Protective Security Advisors (PSA) are field-deployed personnel who serve as critical infrastructure security specialists who serve as the link between State, local, tribal, territorial (SLTT), private sector owners / operators and CISA infrastructure protection resources.  The focus of the PSA is to coordinate vulnerability assessments, training, and other DHS products and services, providing a vital link for information sharing in steady state and incident response, while also working collaboratively with those on the front lines of elections to manage risks to the Nation’s election infrastructure.

Isaac began his career receiving a B.S. Degree in Criminal Justice from Texas A&M University – Corpus Christi, while simultaneously training to receive an Officer Commission in the United States Army.  He   went on to become a Corrections Officer for the Texas Department of Corrections – McConnel Unit, and a Police Officer for the Corpus Christi Police Department, while serving as a Combat Engineer, and Logistics Officer in the U.S. Army Reserves.  Isaac retired as a Lieutenant Colonel in 2019.

Isaac and his family moved to Washington in 2016 where together with his wife they are raising three children who love cold weather sports.  Isaac supports their interests by lending his time to be an assistant hockey coach at Tacoma Twin-Rinks in Tacoma, WA.